The start of the year in Suffolk often sees periods of icy cold as the wind comes from the north and east. Venturing out into the chill winds it is interesting to contemplate that a lot of the bird life on the coast has come south to seek some respite from the weather at the winds source. Ducks and geese inhabit the marsh and Bewicks and Whooper Swans can be found grazing on fields 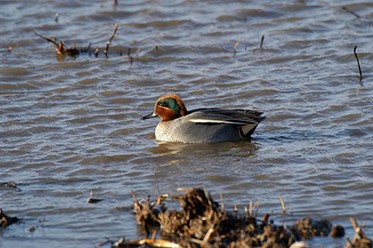 The days lengthen, winter visitors depart and resident birds start to announce the impending arrival of spring,  the explosive burst of the Cettis Warbler can be heard at Minsmere along with the call of the first Chiffchafs and Woodpeckers start to drum. Then as ducks and geese become less numerous waders start to appear, many on route to their arctic breeding grounds and Bitterns start to boom. 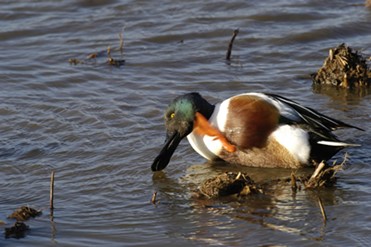 As Spring springs the coast is alive with bird song and an early morning walk will be punctuated by the songs of Blackcaps and Whitethroats, with Nightingales singing from thick cover and if lucky the purring of a Turtle Dove and a calling Cuckoo.

Summer walks offer can see a dashing Hobby hawking Dragonflies and an evening stroll on coastal heaths brings a chance to hear the Mediterranean sound of churring Nightjars and their slow and ghostly flight in pursuit of moths. 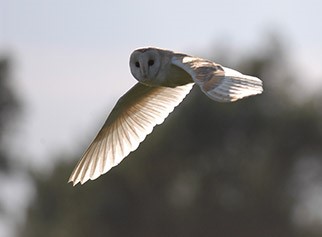 Eventually the frantic breeding activity calms and young birds start to join their parents on ther long journey south for the winter, waders returning from their northern and arctic breeding grounds stream through with the chance of seeing other waders.

Autumn brings the chance of almost anything, offshore, shearwaters, can be found after a blow and any coastal location that offers shelter can see tired migrants feeding in bushes and the twitching grapevine can see birders en masse turn up from nowhere to catch a glimpse of a rarity.

Winter starts to return and so do the geese. There is the chance to see the spectacle of thousands of Starlings in a murmaration twisting and turning as they come in to roost in Lowestoft harbour or in one of the reedbeds on the coast, perhaps with an opportunistic  Merlin in pursuit. Finally as you head for home and a warming fire a ghostly Barn Owl may be seen quartering the fields.

If you need help booking a property or have any query about properties shown on the website please call Trish.